Dr. Gero finally makes it to his laboratory, with Krillin in hot pursuit. Tien, Piccolo, Vegeta, and Trunks soon locate him and break into the lab, although by this point Gero has already awakened Androids #17 and #18. Although initially appearing loyal, the duo demonstrate their independence when #17 destroys Gero’s remote, ensuring that he cannot deactivate them should they disobey him, and #18 attempts to activate Android #16 – a fully mechanical model deemed a failure by Gero. #17 then kills Gero, by severing and then crushing his head. In an act of desperation, Trunks launches a large ki blast at the androids, hoping to destroy #16 before he is activated. Although the entire lab is decimated, both androids and #16’s pod remain intact, and he is awakened anyway. The trio then decide to carry out their initial orders, and set out to kill Goku. However, their plans are disrupted when Vegeta intervenes, challenging the three androids to a battle. After #16 refuses to fight, #18 steps up to face Vegeta. 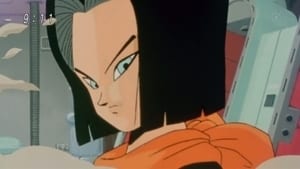