There Is Planet Earth, Father! Frieza and King Cold Strike Back!

A year has passed and still Goku has not returned to Earth. However, it is revealed that Frieza managed to survive his battle with the Super Saiyan, has been rebuilt into a cyborg by his father King Cold, and is heading towards Earth, intending to exact revenge on Goku. The rest of the Z Fighters gather to defend the Earth from Frieza, despite knowing the odds are against them. However, as soon as Frieza, King Cold, and their army of soldiers arrive on Earth, they are met by a mysterious teenager wielding a sword, who claims that he’s come to kill them. 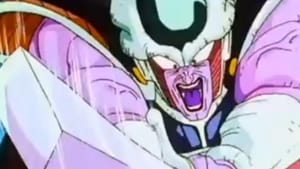