Buu completely overwhelms Supreme Kai and Gohan, with Supreme Kai using the last of his strength to make sure Gohan survives Buu’s attack. Before Buu can finish Supreme Kai, he is attacked by Dabura, who believes he cannot be made to obey anyone. Meanwhile, Goten and Trunks arrive nearby, inadvertently breaking the petrified Piccolo. Unfazed by Dabura’s attacks, Buu uses his unique ability to turn Dabura into a cookie and eats him, undoing the petrification on Krillin and Piccolo, the latter of whom survived being broken thanks to his regenerative abilities. Before Buu can do the same to Supreme Kai, Vegeta arrives on the scene. 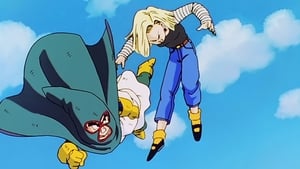