Secret Plan to Defeat Buu, Its Name is Fusion!

Bulma’s group goes to seek out the Dragon Balls so they can revive all the spectators that Vegeta killed, coming up against a large dragon whilst trying to get the last one. Meanwhile, as Piccolo and Krillin as they leave Goten and Trunks in the care of Dende and Mr. Popo, they are soon joined by Goku, who learns about the situation. Goku states he isn’t strong enough to defeat Buu, but mentions having learned a technique known as Fusion, in which two similarly built fighters can merge together to become a single powerful fighter. Though he had originally planned to do this himself with either Gohan or Vegeta, Goku realizes from Mr. Popo that he can instead teach this technique to Goten and Trunks, due to their similar size. 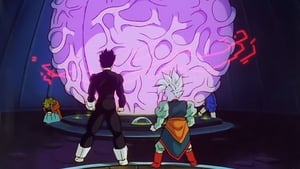