After completing his ceremony, Old Kai instructs Gohan to sit still for the next 20 hours in order to complete the power-up. Meanwhile, Goten and Trunks learned how to perform the fusion while in Super Saiyan form, becoming Super Gotenks. Gotenks’ cockiness almost leads him to confront Buu again, but ends up retreating when the Fusion time runs out. Elsewhere, Buu inadvertently befriends a small dog after healing its injured leg, while Mr. Satan almost manages to convince Buu to stop killing humans. However, a hunter looking to take down Buu for himself relentlessly shoots the dog, leaving Buu shocked and infuriated. 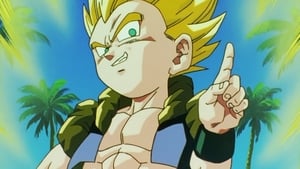 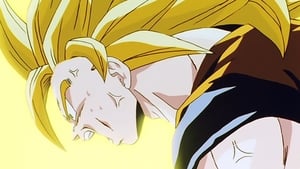