Head Straight towards the Catastrophe! One Hour Time Limit!!

Piccolo’s hopes of being able to buy some time are dashed when Evil Buu unleashes a powerful homing attack which targets and kills every human on the earth, with the exception of Mr. Satan, Tien, and Chiaotzu. Piccolo, along with Videl, manages to convince Evil Buu to wait for an hour so that Goten and Trunks can train. Meanwhile, Gohan, tired of waiting any longer for Old Kai’s power-up, discovers that he has indeed managed to increase his power and agrees to wait for the power-up to be completed. Becoming further angered when Evil Buu kills an impatient Chichi, Goten barely holds in his anger and joins Trunks in the Hyperbolic Time Chamber. With Evil Buu growing impatient after only thirty minutes, Piccolo tries to buy as much time as possible as he slowly leads Evil Buu to the chamber, believing that even if Goten and Trunks fail, they can destroy the chamber’s entrance and trap him there. 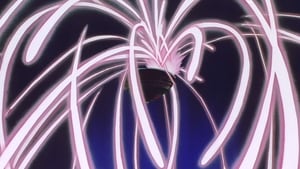