You Kept Everyone Waiting! A Reborn Gohan Returns to Earth!!

Gotenks and Buu continue their fight. Gotenks seems to be wearing Buu down, and he now has the upper hand in the fight. Just as he’s about to hit Buu with his final move, Gotenks unexpectedly returns straight to his normal state from his Super Saiyan 3 form. The power was too high for him to sustain. Buu begins beating up Gotenks, who is now no match for him. Gohan has finally finished his training, and is ready to return to earth. After saying goodbye to Goku for what they both believe will be the last time, Kibito takes him back, and Gohan asks him to change his clothes. He’s now wearing clothes just like Goku and arrives just in time, because Gotenks has separated. 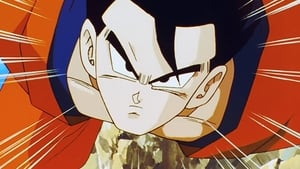