While attempting to stop the Enforcers from getting the fourth oni mask, it accidentally lands on Captain Black’s face. He uses the powers of the mask to help him easily take down the Enforcers. Jackie and the rest of the group become worried when Captain Black becomes very intrigued and excited by his newfound abilities. Captain Black’s true good side is able to ward off the influence of the mask for a while, but the dark power of the oni begins to slowly corrupt and take hold of him. When the darker oni Captain Black finally emerges, he attempts to take advantage of his full access to Section 13. Jackie, Jade, Uncle, and Tohru race to work on a way to keep the other three stored masks away from Black as they search for the ingredient needed to perform a removal spell. 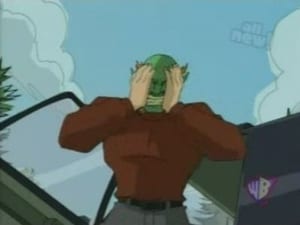