The anime starts with Rikka, the new transfer student, waking up with dozens of X Eggs trying to wake her. She tries to purify the eggs from remembering Amu doing Open Heart in the previous episode, but failed. When she was walking to school she found yet another X Egg and tries to take care of it. In the Royal Garden, Tsukasa introduces the Guardians a new transfer student in 1st grade, Hikaru. Tsukasa tells the guardians that Hikaru will be a Guardian Apprentice for the time being until the other Guardians graduate. Later, they visit the sports field where Nagihiko tells Hikaru about Basketball. He challenges him to a one-on-one match, full court. Rima states that Hikaru, being a 1st grader, has no chance against Nagihiko, who is a 6th grader. Tadase states that since Hikaru has been studying all the time, he had no experience with physical sports. Hikaru manages to touch the ball and let it slip out of Nagihiko’s hands. Nearing the end of the game, Tadase said that the other Guardians will be watering the flower bed. After the game, they hear screaming coming from the sports shed. Rikka, who was running towards it helped Amu and Nagihiko, who transformed into Amulet Heart and Beat Jumper. She said that the X Egg hated balls after failing tryouts, but both Amu and Nagihiko state that it was better if it was having fun with the game other than just jumping to conclusions. The egg is purified with Hikaru following after the newly purified egg had left. Nagihiko says that he should have waited for them, which Hikaru did not and stated that he is a Guardian Apprentice, with Rikka hearing that and having the dream of being a guardian, asks Amu to be one as well. Nagihiko and Amu started to think about what Tsukasa and Tadase would think about it and approved Rikka’s “application”. 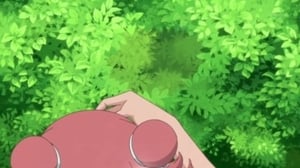