Warning: file_put_contents(): Only 0 of 841 bytes written, possibly out of free disk space in /home/gogoanimecx/public_html/watchcartoononline.app/wp-content/themes/dooplay/inc/doo_cache.php on line 169

Mickey’s Mixed Nuts is an animated short starring Mickey Mouse, originally aired as part of an episode of Mickey Mouse Works, and was later included in the House of Mouse episode “House of Turkey”. After accidentally eating the last of Minnie’s bag of nuts (which she had planned to use in her famous nut stuffing), Mickey has to fight Chip ‘n’ Dale for the last bag at the supermarket. 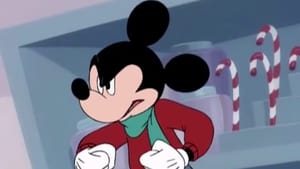