VeggieTales: The Star of Christmas

Bob the Tomato and Larry the Cucumber appear as Cavis Appythart and Millward Phelps, respectively–two jingle writers based loosely on Gilbert and Sullivan. The setting is 1880s London, and they’ve written a musical called “The Princess and the Plumber”, which they plan to open on Christmas Eve. Cavis thinks the production will “teach London how to love”. But children at nearby St. Bart’s Church are planning a nativity play for the same evening, and they plan to feature the Star of Christmas, a religious artifact unseen by the public for decades. The London Post Gazette writes a front-page story about the nativity play and the Star, and Cavis and Millward hatch a plan to make their musical better than the children’s play. In the end, they learn about the true meaning of Christmas. 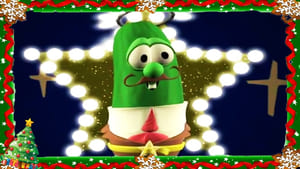