On April 13, 2012, the series returned to Cartoon Network in reruns on the revived block, Cartoon Planet. 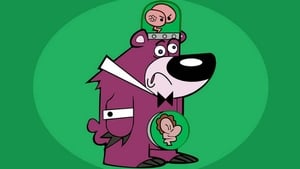