Foster’s Home for Imaginary Friends is an animated television series that aired from August 2004 to May 2009 for a total of 79 episodes in six seasons. The premise is based on a simple question: In a world… where imaginary friends are living, tangible beings, what happens to those friends when the kids grow up? Are they abandoned, or do they live on?

According to Craig McCracken, they come to Foster’s, of course! A home for imaginary friends whose kids have outgrown them, Foster’s is a place where friends can live together until they are adopted by a child who needs them. The show follows Mac, a shy and creative 8 year old boy, whose imaginary friend Bloo is thrown out of his home by his mother and forced to come live at Foster’s. Mac doesn’t want Bloo to be adopted by another kid, so it’s agreed that Bloo will not be put up for adoption, provided that Mac comes to visit him every day. Bloo’s egotistical, mischievous nature is the complete opposite of Mac’s, and together the two cause all manner of chaos throughout the house. 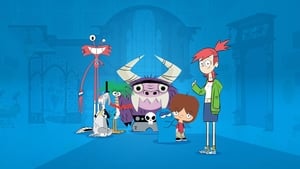 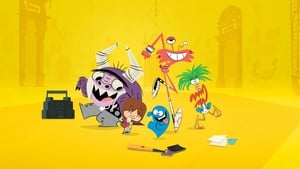 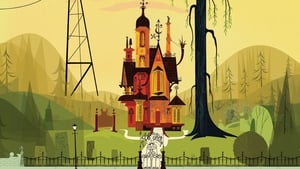