Ghost Hunt, originally titled Akuryō Series, is a light novel series written by Fuyumi Ono. It follows the adventures of the Shibuya Psychic Research Center as they investigate mysterious occurrences all over Japan with a team of other spiritualists and clever assistants. Although the last novel was published in 1994, the story was left incomplete. Speculation arose to the continuation of the series when the creator Fuyumi Ono stated in an interview that she was resuming work on a “girls’ horror story” that she began long ago, even though Ono’s statement has never been officially confirmed to be in reference to Ghost Hunt.

The novels were adapted into a radio drama for Akuryō Series in 1997. A manga adaptation written and illustrated by Shiho Inada began serialization in Nakayoshi in the July 7, 1998 issue where it is still on-going. The individual chapters have been collected and published in eleven tankōbon volumes by Kodansha. It is licensed for English-language release, under the name Ghost Hunt in North America by Del Rey Manga and in the United Kingdom by Tanoshimi. An anime adaptation of the manga was created by J.C.Staff and premiered on October 3, 2006 in Japan on TV Tokyo where it ran for twenty-five episodes until its conclusion. The anime is licensed for English release on Region 1 DVD by Funimation Entertainment, which also used the name Ghost Hunt. 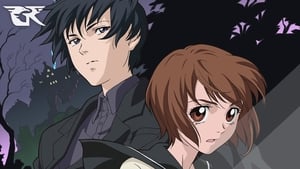