Princess Tutu follows Duck, a duck who was transformed into a young girl and takes ballet at a private school. She becomes enamoured of her mysterious schoolmate Mytho, and transforms into Princess Tutu to restore his shattered heart. Mytho’s girlfriend Rue transforms into Princess Kraehe to frustrate Tutu’s efforts, and Mytho’s protective friend Fakir discourages Mytho’s burgeoning emotions. When it becomes apparent that Duck, Rue, Mytho, and Fakir are meant to play out the characters in a story by a long-dead writer named Drosselmeyer, they resist their assigned fates and fight to keep the story from becoming a tragedy. 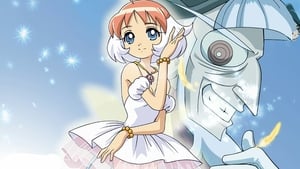