“Pucca” is a TV series based on a Flash animation series published by Vooz Character Systems. It follows the trails and exploits of a South Korean girl named Pucca who is insanely in love with a prideful ninja named Garu. Meanwhile, Garu and Pucca help their town of Sooga Village out when evil ninjas attack, as well as diffuse a lot of the absurd situations that frequently plague the town. This show could best be described as a cleaned-up version of South Park meets Looney Tunes meets Naruto. There is some very subtly hidden adult humor; but most of the adult jokes would not go noticed by small children, who are the primary audience. 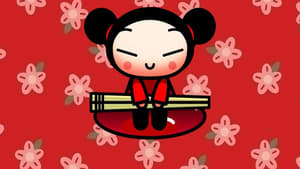