Ultimate Muscle: The Kinnikuman Legacy, known in Japan as Kinnikuman II sei, is a manga and anime series made by Yoshinori Nakai and Takashi Shimada under the pen name Yudetamago. It is the sequel to the hit manga Kinnikuman that they started in 1979. The toy line of Kinnikuman was released in North America as M.U.S.C.L.E.. The name of Ultimate Muscle was chosen to connect the Americanized storyline of the M.U.S.C.L.E. toyline of the 1980s into the anime. Bandai also produced intermittently distributed toy tie-ins during the initial run of Ultimate Muscle. 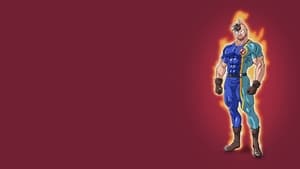